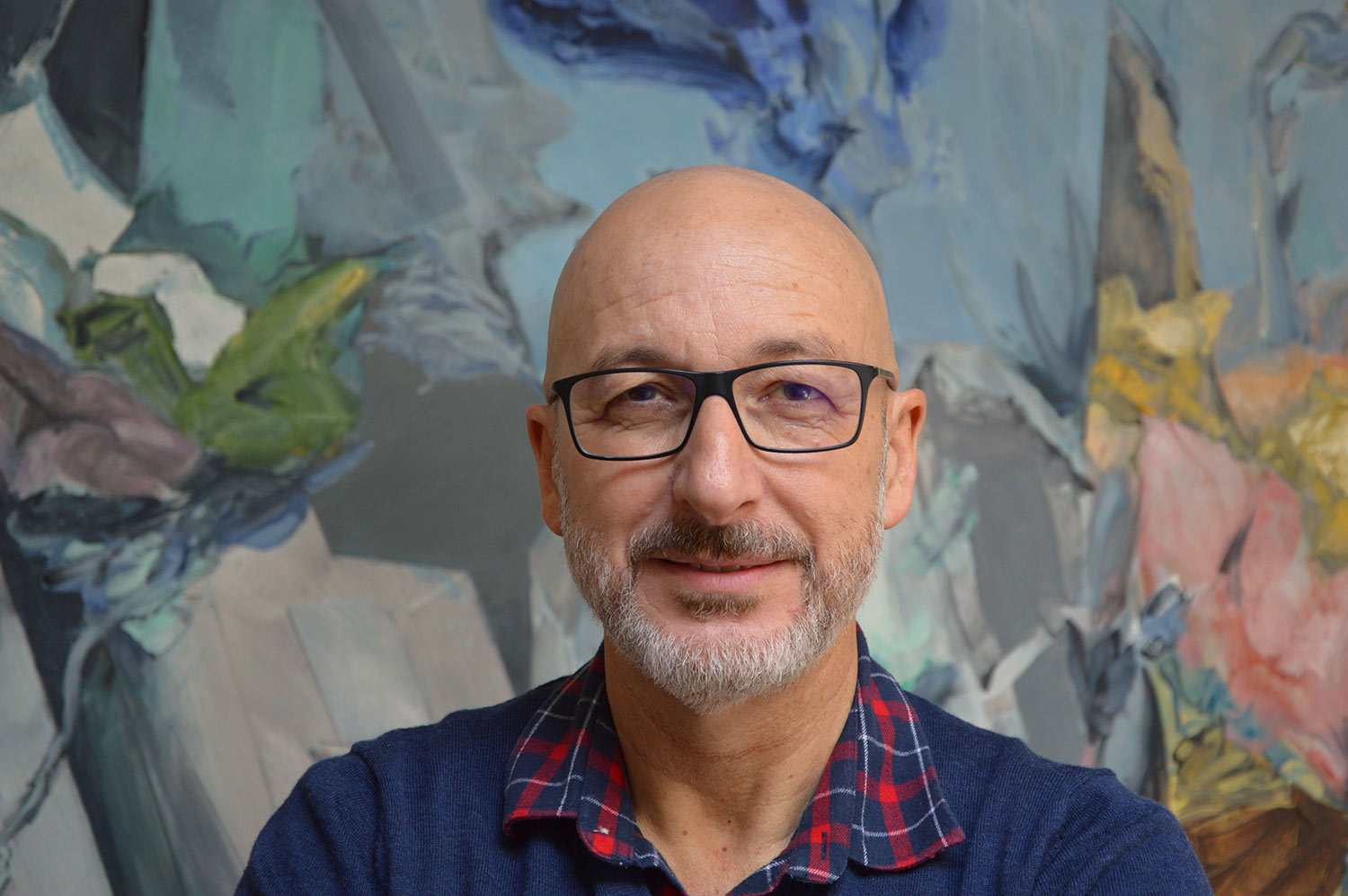 1962
Birth in Saint-Denis, near Paris, France.
I soon appreciated practicing drawing and painting. Two of my uncles were very talented painters. When I was a child, I sometimes stayed for hours nearby them while they worked. They certainly helped to put the art virus into me.

In 1985 I spent my military service within the cinematographic services of the french army where I met several young artists.

1987
I was interested on cubist and post-cubist paintings that influenced my first personnal works.

In Montmartre, encounter with the painter Henri Landier : the starting point of a long frienship which have never ceased.

2003
Exhibition of my first abstract works.

2010
Encounter with the catalan painter Antoni Ros-Blasco. I moved from Paris to set up the family in Bordeaux.